By Glyn Williams
Thursday, 31st May 2018
Filed under: News

We were delighted to support Dublinia Viking Fest 2018 over the Easter weekend with the provision of three Viking Longboats, two moored off of Wood Quay on the River Liffey and a third featuring within the Dublin Civic Offices space.

After 1,000 years Irish National Marine Services helped the Vikings Invade Wood Quay once again. Two 30 foot longboats were delivered by sea from Dun Laoghaire Harbour with the third transported by our haulage crew. 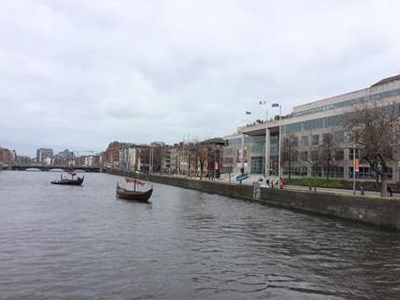